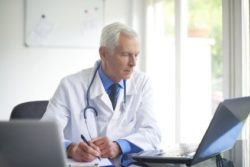 A new report details the findings of a major project in which the European Agency for Safety and Health at Work (EU-OSHA) brought together experts and policy-makers from across Europe to examine and discuss alert and sentinel approaches for the early detection of new risks and work-related diseases.

Work-related ill-health and injury is costing the European Union 3.3 % of its GDP (ILO, 2017). That’s €476 billion every year that could be saved with the right occupational safety and health systems, policies and practices.

The report ‘Alert and sentinel approaches for the identification of work-related diseases in the EU’ shows how these systems operate to identify emerging health problems at work, initiate early health interventions and prevention, and support evidence-based policy-making. This project demonstrates how useful alert and sentinel systems are to complement the instruments already used to monitor known occupational diseases as they help detect new work-related diseases. Examples include ‘popcorn disease’, a serious lung disease in factory workers and heart problems from carbon monoxide exposure at a coffee-processing plant. It also recommends how policy-makers and occupational safety and health (OSH) actors can implement them. The project was designed to encourage information exchange and to promote success stories.

EU-OSHA director Christa Sedlatschek emphasises the potential benefits of such systems: ‘Work-related ill-health and injury is costing the European Union 3.3 % of its GDP (ILO, 2017). That’s €476 billion every year that could be saved with the right occupational safety and health systems, policies and practices. We hope that EU-OSHA’s project will serve as an inspiration to implement alert and sentinel systems in those countries where they do not already exist.’

The report identified 75 surveillance systems used in 26 countries. In-depth analysis on 12 of the systems shows the different approaches that can be followed and showcases their strength and versatility. Practical aspects of their implementation and links with prevention and policy-making are described and the report also shows how an alert and sentinel function can be added to an existing monitoring system.

For example, SIGNAAL is a sentinel system based on an online reporting service to collect in a practical, quick and easy way suspicions about new relations between ill health and work; the system was developed by Dutch and Belgian experts. The Norwegian Registry of Work-Related Diseases (RAS) is a national registry run by the Norwegian Labour Inspection Authority that implements a framework for sentinel health events with a low reporting threshold to make the reporting of suspected work-related cases as easy as possible.

The key findings also reflect on the following issues: