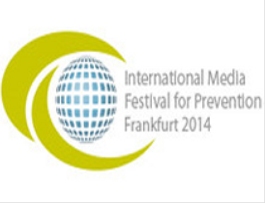 “How would you feel if a loved one didn’t come home?“ In strong images, real persons tell in a four minute black and white film how they experienced the loss of a close relative. With this film, the Brazilian mining company Vale wants to sensitize its employees for the value of life and enter managers and their staff into a dialogue about occupational safety and health at work.

The Brazilians are among the winners of the International Media Festival for Prevention taking place from 24 to 27 August 2014 in the framework of the XX World Congress for Safety and Health at Work in Frankfurt. An international jury decided upon nine winners out of 290 submissions.

A production of a Malaysian social insurance also won a prize in this Festival – a humorous film about regular maintenance which is supposed to draw attention to the importance of safety.

A film about mental stress was also awarded: in a production of the German Social Accident Insurance (DGUV), Santa Claus appears in order to express his dissatisfaction and explains that he wants some variety in his work. The only thing that helps is a new professional perspective for Santa Claus.

A film from Italy takes up the issue corporate culture. The awarded film wants to show that safety and health must be integrated at all levels of a company to be effective.
Another award-winner is from Denmark. By introducing a short video clip, the winner wants to raise risk awareness for visual habits among young persons. Awareness for dangerous situations is also discussed in other parts of the world such as in the award-winning 30-second spot from Singapore.

An award-winning website from Switzerland interactively tours through a virtual enterprise to show that often only small efforts are needed to promote occupational safety and health.

Another award went to a computer game from the Netherlands. As the manager of a restaurant, the player has to find a balance between job and private life, guide six employees and make profit on top. Thus, mental stress is made subject of discussion in a playful way.

Moreover, an e-learning service from Norway was awarded. Using videos, animations, links and comprehensive information shall help to promote a systematic occupational safety and health management.

Since 1990, the Festival has been organized by the Section for Electricity, Gas and Water of the International Social Security Association (ISSA). Every three years, it takes place in the framework of the World Congress on Safety and Health at Work. Originally, the Festival only addressed films. Since 1999, submissions of multimedia products have also been permitted. Since then, the ISSA Section for Information has been among the organizers.

“Occupational Safety and Health needs effective media in order to sensitize and transport knowledge. With this Festival, we want to raise awareness”, emphasizes Olaf Petermann, President of the ISSA Section for Electricity, Gas and Water. “The number of submitted products and the quality increase continuously”, adds Marc De Greef, President of the ISSA Section for Information.