Psychosocial and musculoskeletal risk factors most widespread in Europe’s workplaces 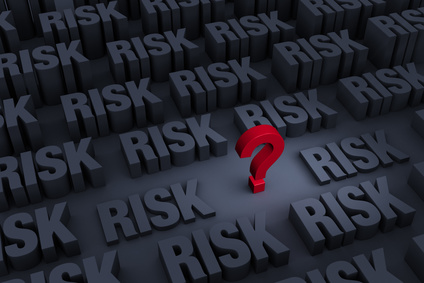 The European Agency for Safety and Health at Work (EU-OSHA) launched the main findings of the Second European Survey of Enterprises on New and Emerging Risks (ESENER-2) at the European Parliament in Brussels. The results of the survey — which collected responses from almost 50,000 workplaces in 36 countries, including all 28 Member States — give a detailed insight into how occupational safety and health (OSH) risks are managed in Europe’s workplaces.

The aim of ESENER-2 is to find out how health and safety — and particularly new and emerging risks, such as psychosocial risks — are actually managed in practice in organisations of all sizes, including micro enterprises of 5 to 10 employees. Survey questions were addressed to the person in the organisation who knew most about OSH. Respondents identified the major risk factors in their organisation and described how they manage them. Importantly, they also reported on the reasons why they manage risks — and the main difficulties that deter them from assessing workplace risks at all.

MEP Ole Christensen, European Parliament rapporteur on the EU Strategic Framework on Health and Safety at Work 2014-2020, commented, 'The ESENER-2 survey provides a comprehensive picture of how health and safety is actually managed in European workplaces. The results are highly relevant to policymakers at national and EU level as they clearly document that there is plenty of room for improvements in the area of health and safety at work.'

The most commonly reported risk factor is having to deal with difficult customers, patients, pupils and so on (58% of establishments in the EU-28), which in part reflects the continued growth of the service sector. Factors leading to musculoskeletal disorders (MSDs), such as tiring or painful positions and repetitive hand or arm movements, are reported very frequently across all activity sectors.

EU-OSHA’s Director, Christa Sedlatschek, remarked, ‘Among those establishments that do not carry out regular risk assessments, the main reasons given for this are that risks and hazards are already known (83 %) and that there are no major problems (80 %). Psychosocial risks are perceived as more challenging than others. Almost one in five of the establishments that report having to deal with difficult customers or experiencing time pressure also indicate that they lack information or adequate tools to deal with the risk effectively.’

Another key finding refers to how a high level of employee participation (whether formal or informal) is a strong indicator of good quality of work, including the quality of OSH management in general and psychosocial risk management in particular.

As in the previous edition of ESENER, meeting legal obligations was the most frequently cited reason for managing OSH (85 % of establishments in the EU-28), with meeting the expectations of employees and their representatives (79%) and avoiding fines from the labour inspectorate (78%) also mentioned by a high proportion of respondents. ESENER 2 also gives an insight into whether businesses perceive safety and health management as a burden. When asked whether the complexity of legal OSH obligations are considered to be an obstacle to health and safety management, the results varied from 67% in Italy to 14% in Lithuania. As all EU Member States are subject to the same legislation at EU level, these figures highlight the different situations encountered at national level and point to the importance of national legislation, support structures and other resources.

Europe-wide survey of enterprises ESENER:
Although data on work-related accidents and ill health are available through workers’ surveys and reporting systems, little is known about the way in which health and safety risks are managed in practice. By reporting on employers’ needs for support and expertise, and identifying what can encourage or hinder risk prevention, EU-OSHA’s Europe-wide survey of enterprises ESENER helps fill that gap in knowledge. The first edition of the survey was carried out in 2009.
The second edition collected responses from almost 50,000 enterprises on occupational safety and health (OSH) management and workplace risks, with a particular focus on worker participation and psychosocial risks.

The fieldwork for the new edition took place in 2014, covering both public and private sector enterprises in the EU-28 plus Albania, Iceland, Montenegro, the former Yugoslav Republic of Macedonia, Serbia, Turkey, Norway and Switzerland. For the first time, agriculture and fishery and micro enterprises of 5–10 employees were included. Questions were addressed to those that best knew about OSH management in the organisation. Respondents answered questions on the major risk factors in their enterprises and reported on how and why they manage them, as well as identifying barriers to prevention.

A full overview of the report will be available in English in the fourth quarter of 2015. Towards the end of 2015 and in 2016, EU-OSHA, with the help of its focal point network, will organise seminars at country level to present the findings of ESENER-2 by Member State, alongside other national statistics