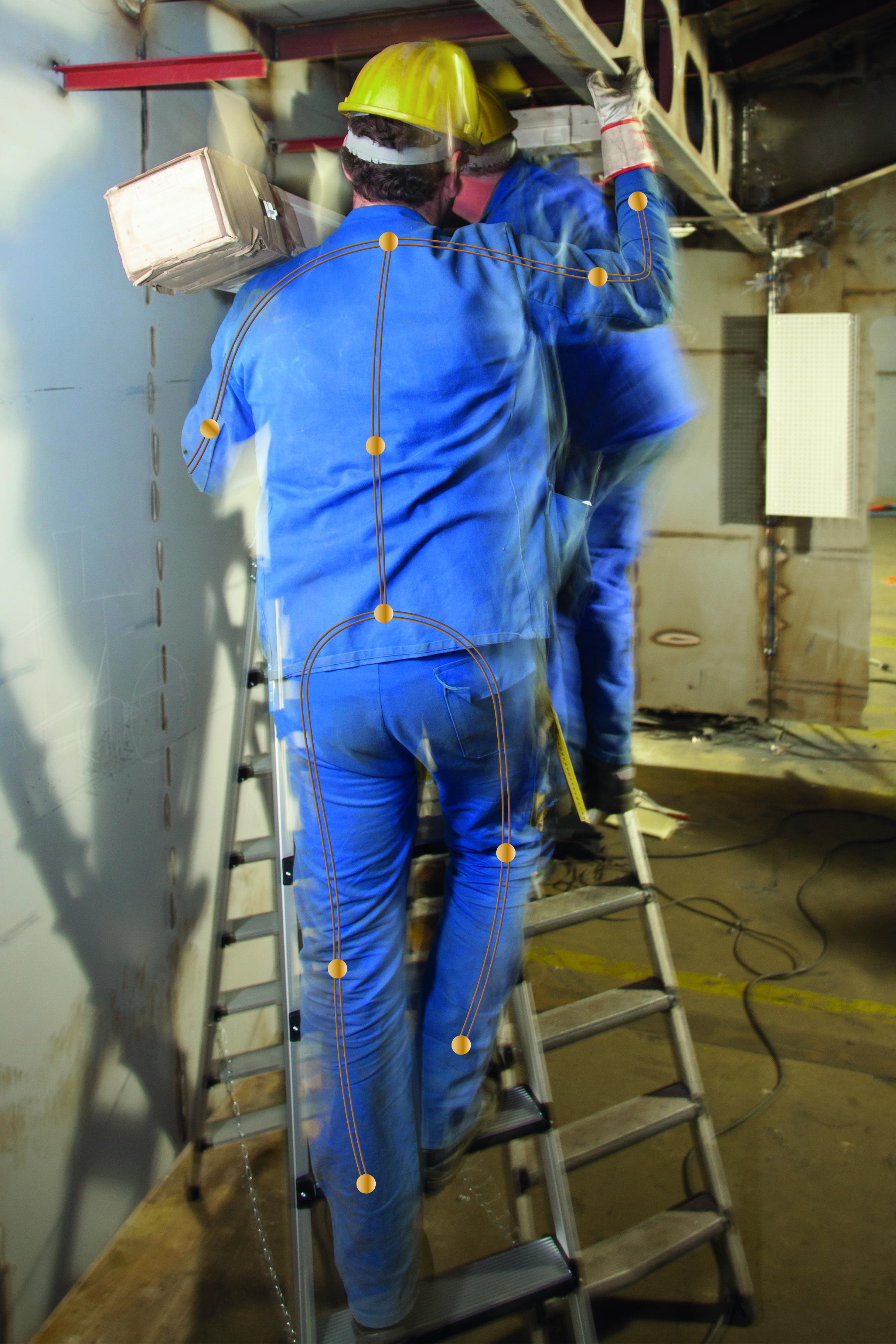 Recently, the research department "Cyber-Physical Systems" (CPS) of the German Research Center for Artificial Intelligence (DFKI) demonstrated how a sensor suit can protect its wearer from physical overexertion in everyday work.

The sensor suit has been developed as part of the SIRKA project ("Sensor Suit for individual feedback of physical activity"). In its outer appearance, it looks no different from normal working clothes, but very much so in its interior: 16 miniaturized processing units, 15 of them on about 2 cm² small circuit boards, are sewn into the clothing, distributed over the whole suit. These circuit boards carry inertial sensors which can measure rotational velocity and acceleration. The boards are distributed in the suit so that each inertial sensor can monitor the movement of one body part respectively (at least approximately).

The processing units linked to the sensors compute the captured data and – via an integrated network in the suit – send it to a central unit. This unit compiles the received measurements of all body parts into an estimate of the worker’s posture. The resulting posture film is used in two ways: First, it is recorded on an SD card of the central unit and serves as a basis for a doctor or physical therapist to be able to identify posture or movement that poses a health risk. Secondly, it warns the wearer directly during operation whenever his or her posture is classified as critical.

From the technical and scientific point of view, the unique feature of the sensor suit is a method by which posture can be estimated without additional magnetic field data. The skeletal structure of wearer is used to compensate for the missing magnetic field information about the horizontal orientation of the relative body part. This allows for the use of sensor suits also in environments where the magnetic field is constantly changing and therefore is not eligible for pose estimation, e.g. in shipbuilding.

Since May 2014, the Federal Ministry of Education and Research (BMBF) has supported SIRKA with a total of 1.1 million euros. Seven partners work closely together in this project: Besides the DFKI, these are the consortium manager Budelmann Electronics, the Rofa clothing factory, MEYER dockyards, St. John’s Ambulance (Johanniter-Unfall-Hilfe), the OFFIS Institute for computer science and the University of Osnabrück.