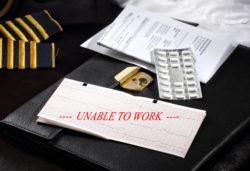 Occupation, lack of paid sick leave, and multiple psycho-social factors are related to workers’ own perceived low health status, according to a study by researchers at the US-American National Institute for Occupational Safety and Health (NIOSH).

The study, published in the American Journal of Preventive Medicine, found that workers employed in business operations jobs, such as marketing or human resource professionals, were more likely to rate their health as fair or poor. The study also found workers who had no paid sick leave, worried about becoming unemployed, had difficulty balancing work and family, or who were bullied at work were more likely to report poor health.

“We believe this is the first study to show an association between business operations jobs and poor health,” said Sara Luckhaupt, M.D., NIOSH medical officer and lead author of the study. “Knowing which aspects of a person’s job can lead to poor health can help public health and employee wellness professionals develop, ideally with worker input, tailored workplace interventions to advance worker well-being.”

NIOSH researchers analyzed data from 10,767 adults employed across many occupations who participated in the 2010 National Health Interview Survey. Respondents were asked open ended questions about their employment status and features of their job. The study considered five categories of job characteristics: occupation, type of pay and job benefits, work organization, chemical/environmental hazards, and workplace psycho-social factors including job insecurity, a hostile work environment, and work-life imbalance. Study participants also were asked to rate their health on a scale of excellent to poor, a measure known as self-rated health. Researchers found significant associations between the respondent’s self-rated health and job characteristics from each of the five categories.

The additional study findings, the authors said, point to the effect specific job characteristics may have on health compared to occupation alone. Work is an important determinant of health. The influence of work on a person’s health manifests in various ways, such as: employment conditions, how the work is organized, specific job-related tasks, exposures to hazardous agents, and long work hours. Work-life balance takes on a whole new meaning when these issues are perceived by the workers themselves as having a negative effect on their well-being.